Thanksgiving in the Collection 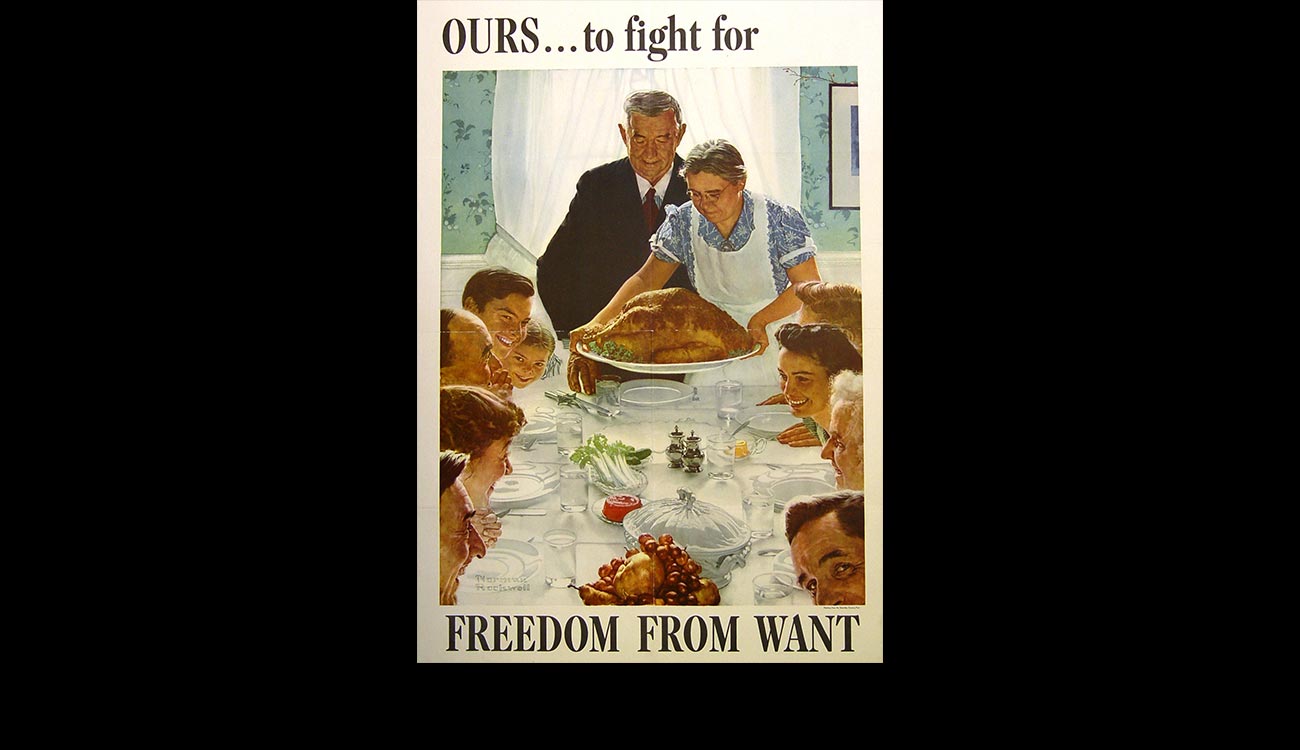 Freedom from Want or The Thanksgiving Picture illustrated by Norman Rockwell was published in the March 6, 1943, issue of The Saturday Evening Post with an accompanying essay by Carlos Bulosan (1911 – 1953). Bulosan was a particularly appropriate choice to write an essay about “want”. He was born in the Philippines, the son of a farmer. His family struggled to survive the economic hardships created by U.S. colonization, which resulted in the growth of wealth and power falling into the hands of the elite Americans. After deciding to seek a better future in the U.S., Bulosan was unable to find employment followed by declining health from doing without. He became a self-educated, prolific writer determined to voice his struggles. He wrote:

But we are not really free unless we use what we produce. So long as the fruit of our labor is denied us, so long will want manifest itself in a world of slaves.