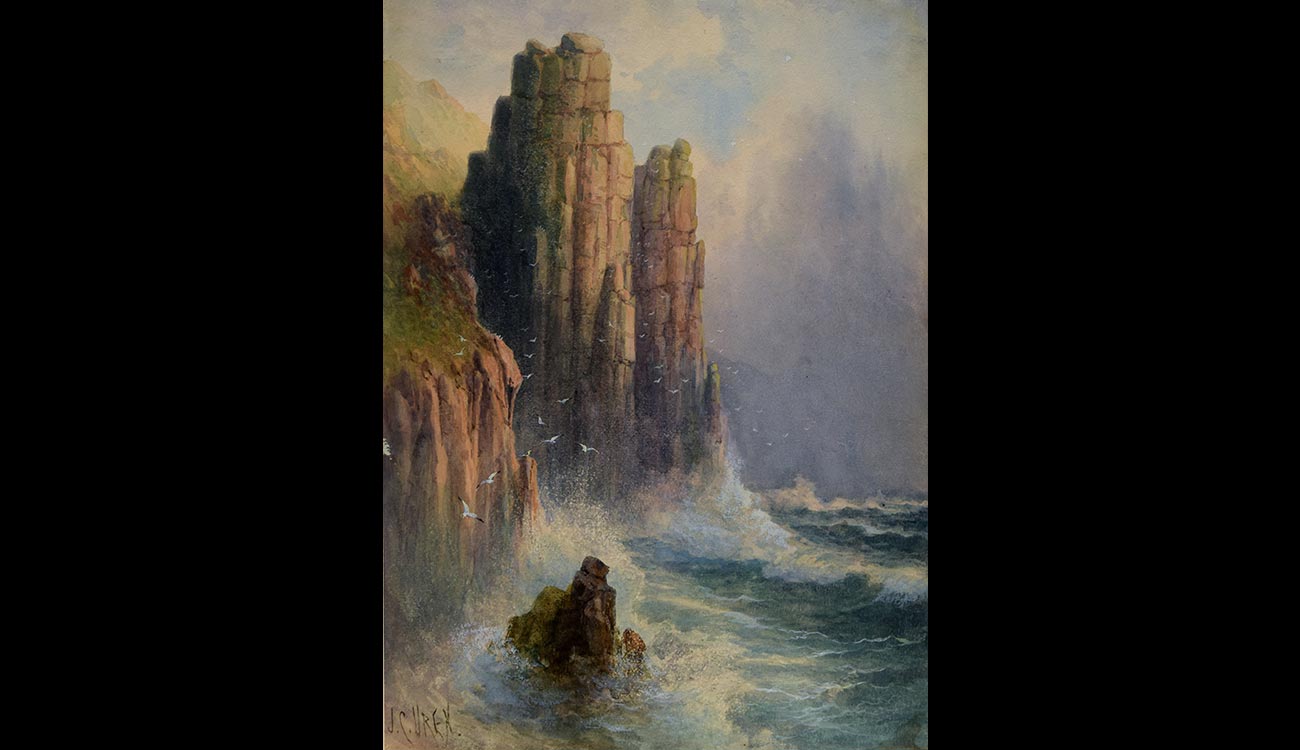 Born in Truro, Cornwall, England on June 1st, 1845, John Clarke Isaac Uren is known for his seascapes – more specifically, Cornish seascapes. During his schooling, he was lucky enough to be accepted for an award to attend the Penzance School of Art.  He exhibited throughout London at the Dudley Gallery, the Royal Cornwall Polytechnic Society’s Exhibitions, the Royal Academy of Art, and the Plymouth Exhibition. His work also crossed the seas to Canada and New Zealand as well.

Uren did much of his paintings using his right hand, but an incident with a rifle injured his right shoulder resulting in a switch to his left and with no noticeable “loss of ability or quality”.

On September 26, 1876, he married Kathleen Mollard. The newlyweds lived in several different places in London including Penzance, Plymouth, and then finally settling at Hampstead by 1914. They went on to have ten children.

Unfortunately, Uren’s source of inspiration was lost with the start of the First World War. During the war, painting was forbidden along British coasts. While Uren couldn’t enjoy his passion, his prior work was still able to live on through an agent in London that travelled the world and sold his paintings.

The watercolor in The Museum's Collection, Marine, is a typical example of Uren's work.