From the Collection: Happy Birthday Pissarro! 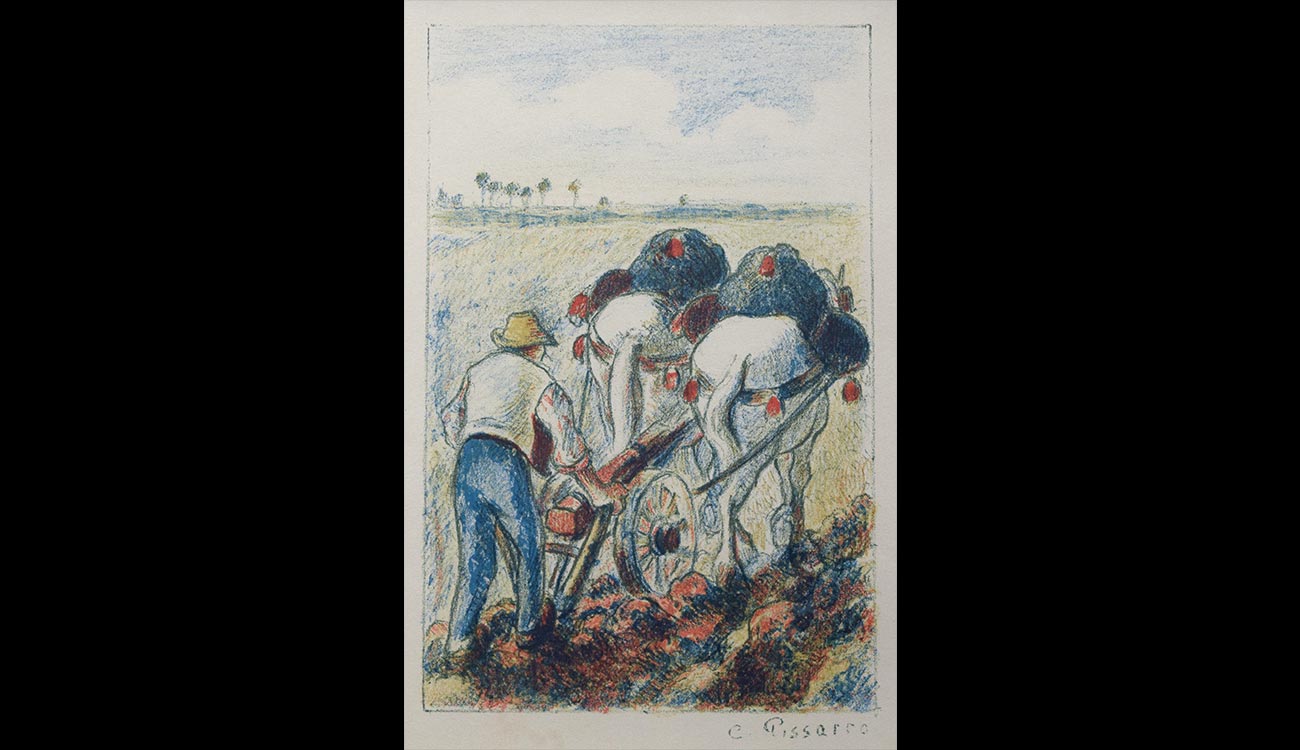 From the Collection: Happy Birthday Pissarro!

Born in 1830 in the Danish West Indies (now the US Virgin Islands), French painter Camille Pissarro was a prominent participant in the Impressionism movement. At the age of 12, his parents sent him to boarding school in Paris. At 19 he was inspired to take on painting full time, and after a few years of travel he returned to Paris, where he participated in the Paris Salons. Pissarro remained in Paris until he was forced to abandon his home during the Franco-Prussian War, moving his wife and six children to London. They later returned to Paris, where Pissarro died in 1903 at the age of 73.

Pissarro was an active purveyor of Impressionist theory and was a primary developer of Impressionist techniques. During his lifetime, he was associated with other famous artists of the era, including Jean-Baptiste-Camille Corot, Gustave Courbet, Charles-François Daubigny, Claude Monet, Pierre-Auguste Renoir, and Alfred Sisley.