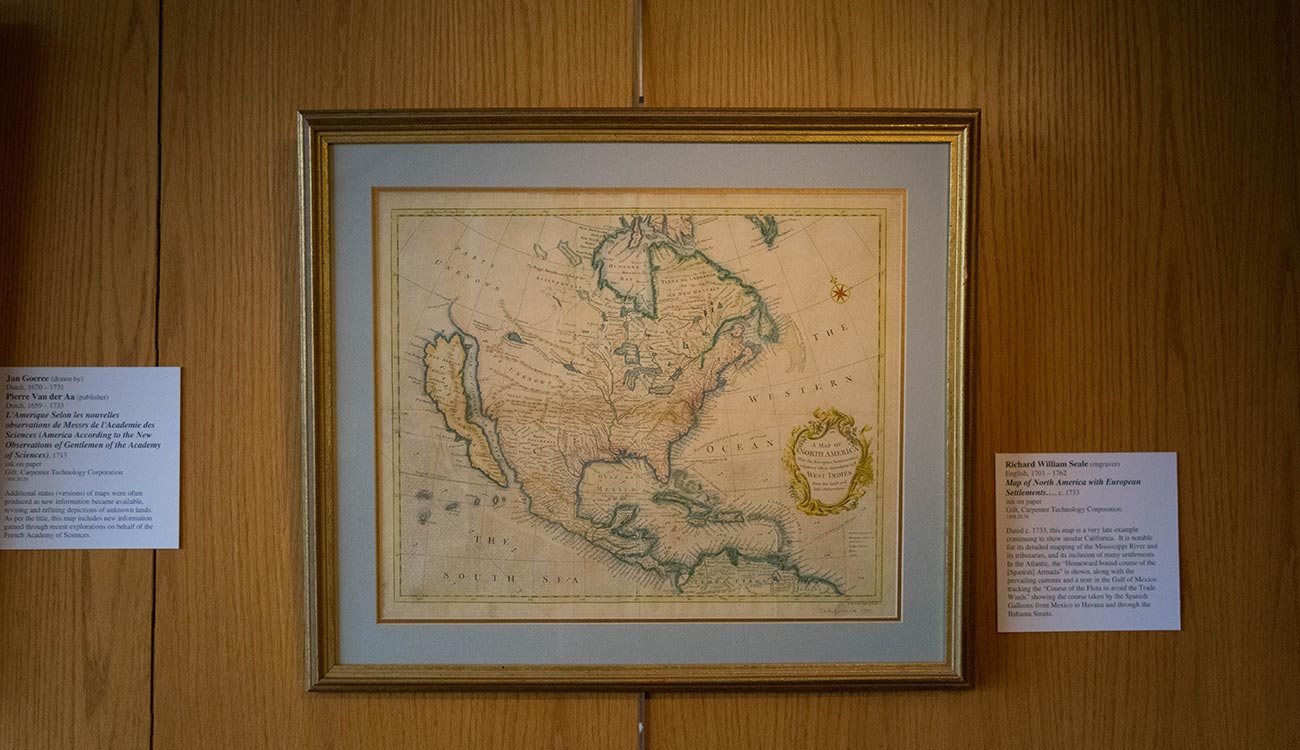 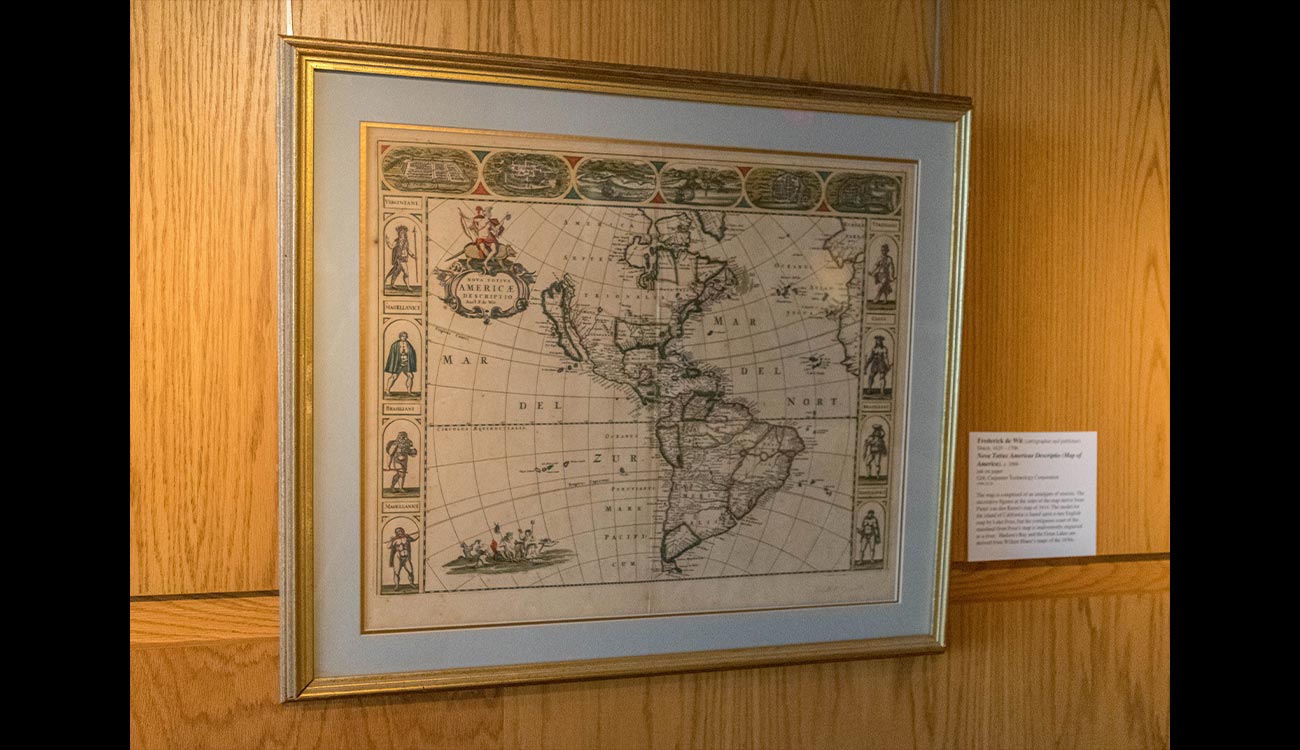 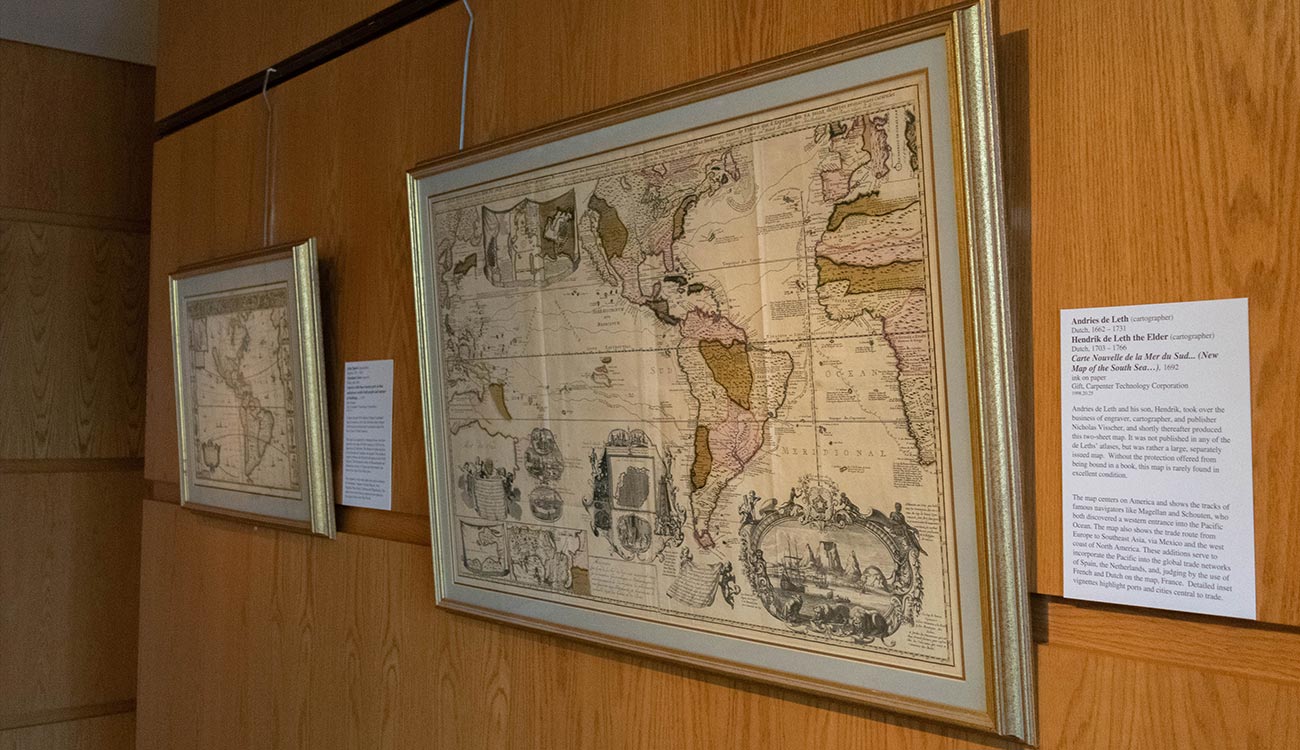 NASA’s Perseverance rover landed in Jezero Crater on Mars at 20:55 GMT on February 18, 2021, following a nearly seven-month journey from Earth. Equipped with specialized instruments and a series of cameras, the mission of the rover is to “seek signs of ancient life and collect samples of rock and regolith (broken rock and soil) for possible return to Earth.” In the first weeks since landing, over 7,000 intriguing images of the planet’s landscape and surface texture have been sent back to Earth and shared with the public.  These photos, along with videos and real-time updates from the rover are available on NASA’s website.

In stark contrast to our country’s latest achievements in space and planetary exploration, the group of maps displayed here exemplifies how far the imaging of unknown lands has come in nearly 400 years.  Produced between the years 1625 and 1733, these documents represent European cartographers’ interpretations of discoveries reported by explorers of the foreign territories of North America.  Attention was paid to the inclusion of large settlements, ports, rivers, and even ocean trade routes.

The dissemination of new information and the subsequent refinement of maps was not always linear, and information was often borrowed from earlier maps and combined with a mapmaker’s artistic license to create a unique product. This resulted in traceable idiosyncrasies appearing on maps made throughout Europe over the course of several decades.  One of the greatest cartographic errors in mapping the New World was the depiction of California as an island – a phenomenon perpetuated in nearly every map displayed here.  Over half a century after explorers disproved the insular theory, mapmakers continued the tradition of detaching the landmass in what can only be described as “the island of imagination winning over terrestrial reality."

Considering the dangers and struggles that early explorers endured to plot the New World, and the great printmaking achievement it was to produce an entire atlas of large maps in the 17th and 18th centuries, one can appreciate our modern ability to send spacecraft to faraway lands to map another world from the comfort of our own.