From the Collection - Happy July 4th 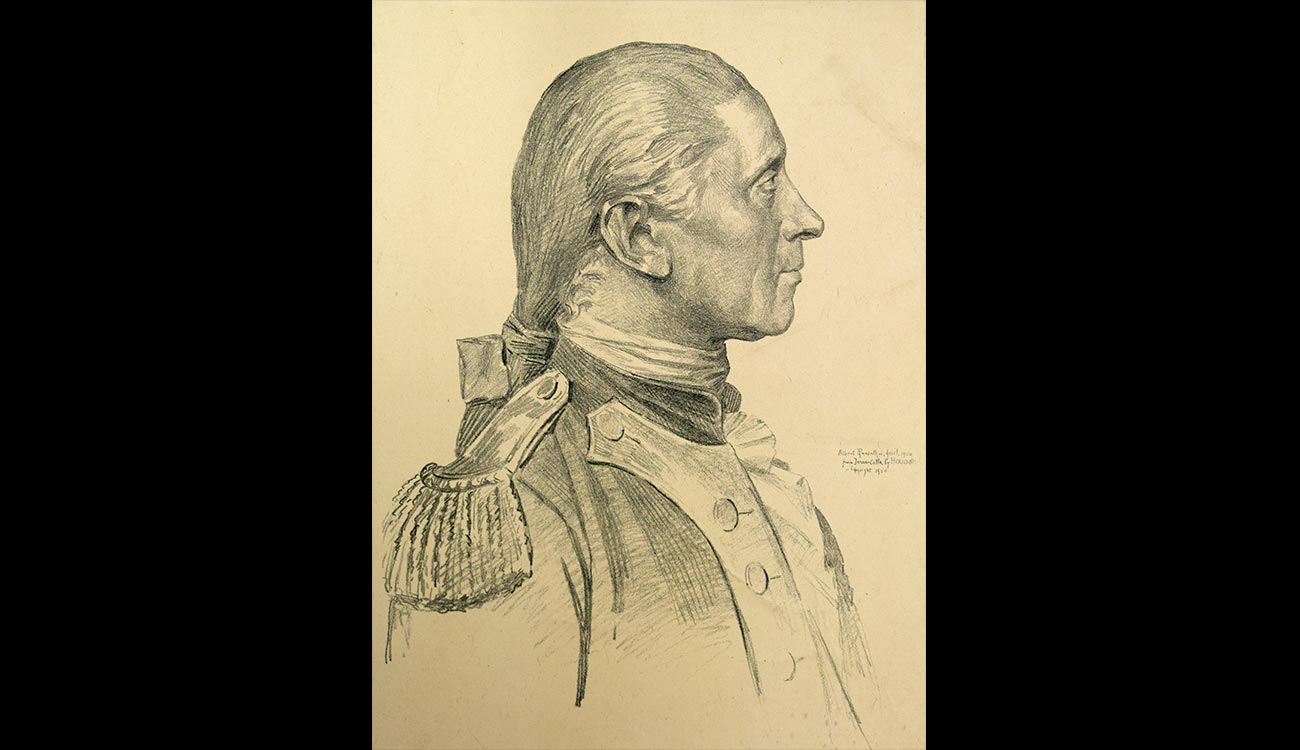 From the Collection — Happy July 4th!

A hero of the American Revolution, John Paul Jones (1747-1792) was called to Paris in 1779 to command the French frigate Bonhomme Richard, with which he won a famous naval victory over the British vessel Serapis. The Masonic lodge of the “Nine Sisters” in Paris, to which both Houdon and Jones belonged, commissioned this bust (this portrait was based on the aforementioned bust) in 1780, in celebration of the victory. The bust shows Jones in the uniform of an admiral, wearing the cross (indicating the title of chevalier) which he had received from King Louis XVI. Jones ordered about twenty plaster versions of the original bust to give to important political figures and friend; this one was a gift to Thomas Jefferson.