Halloween History in The Collection 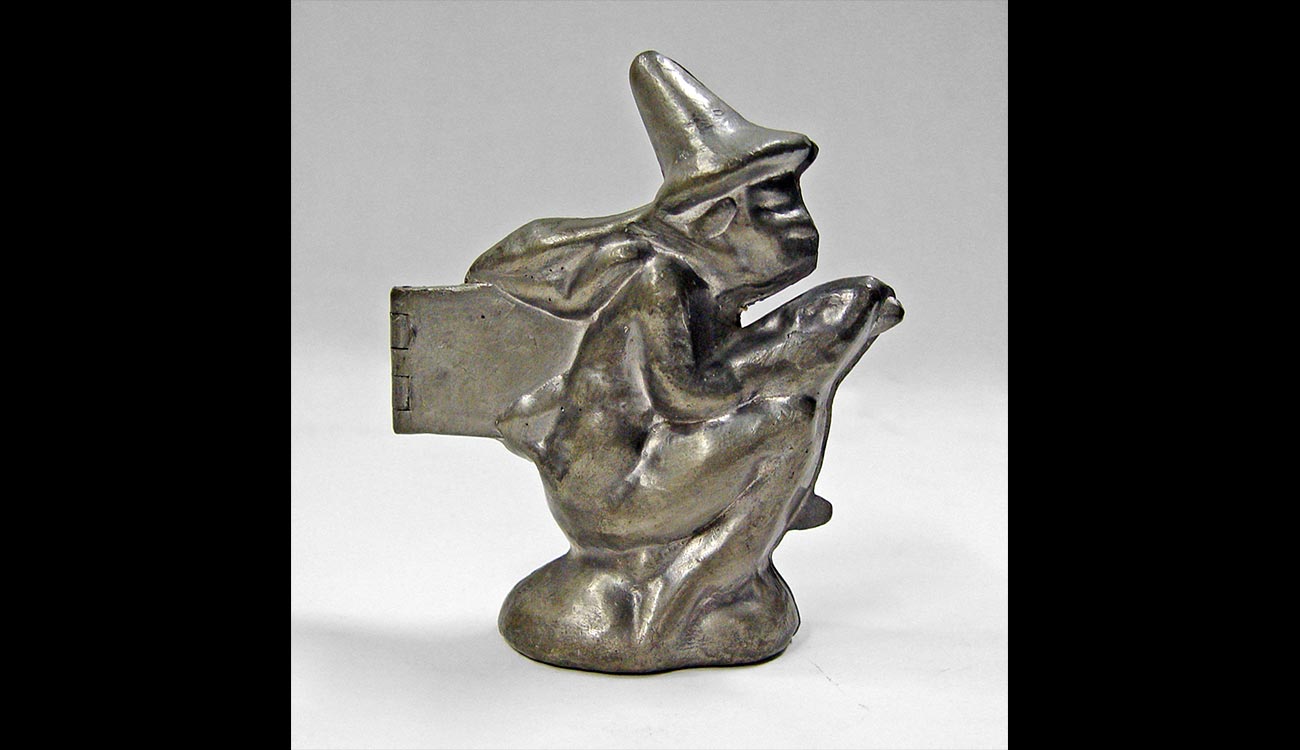 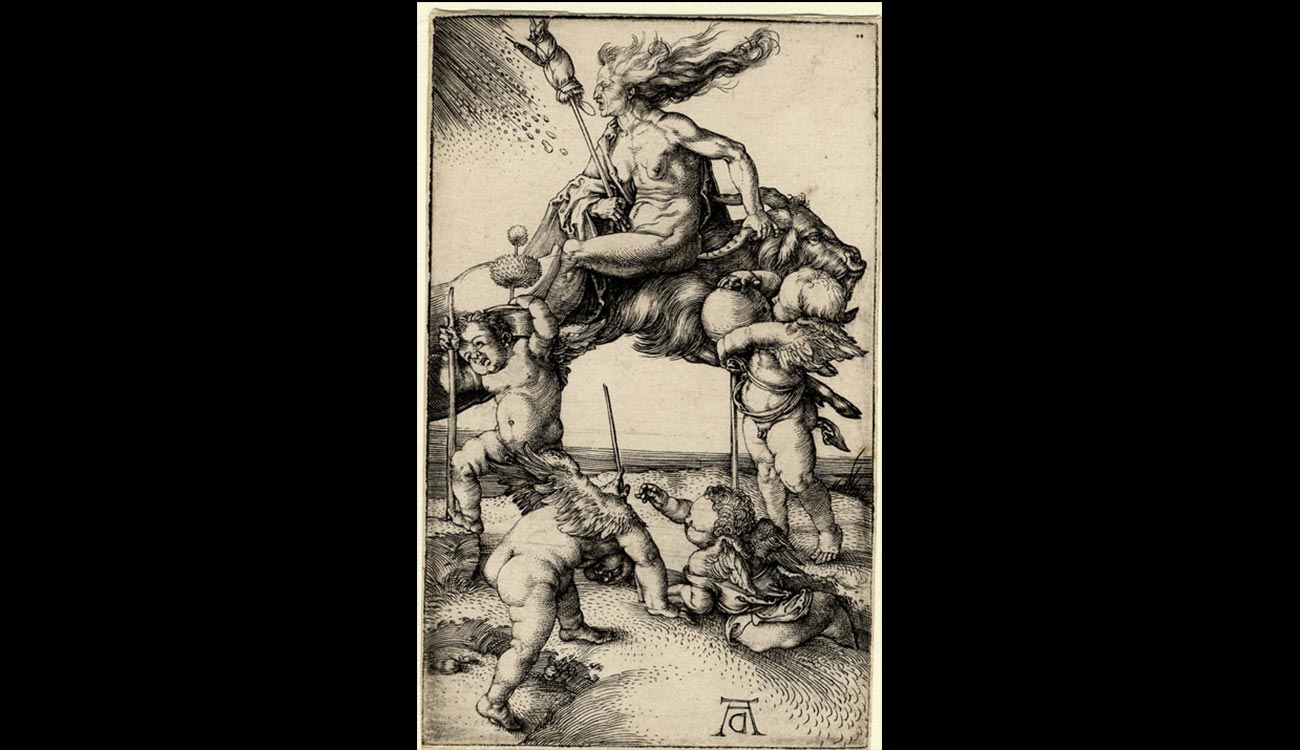 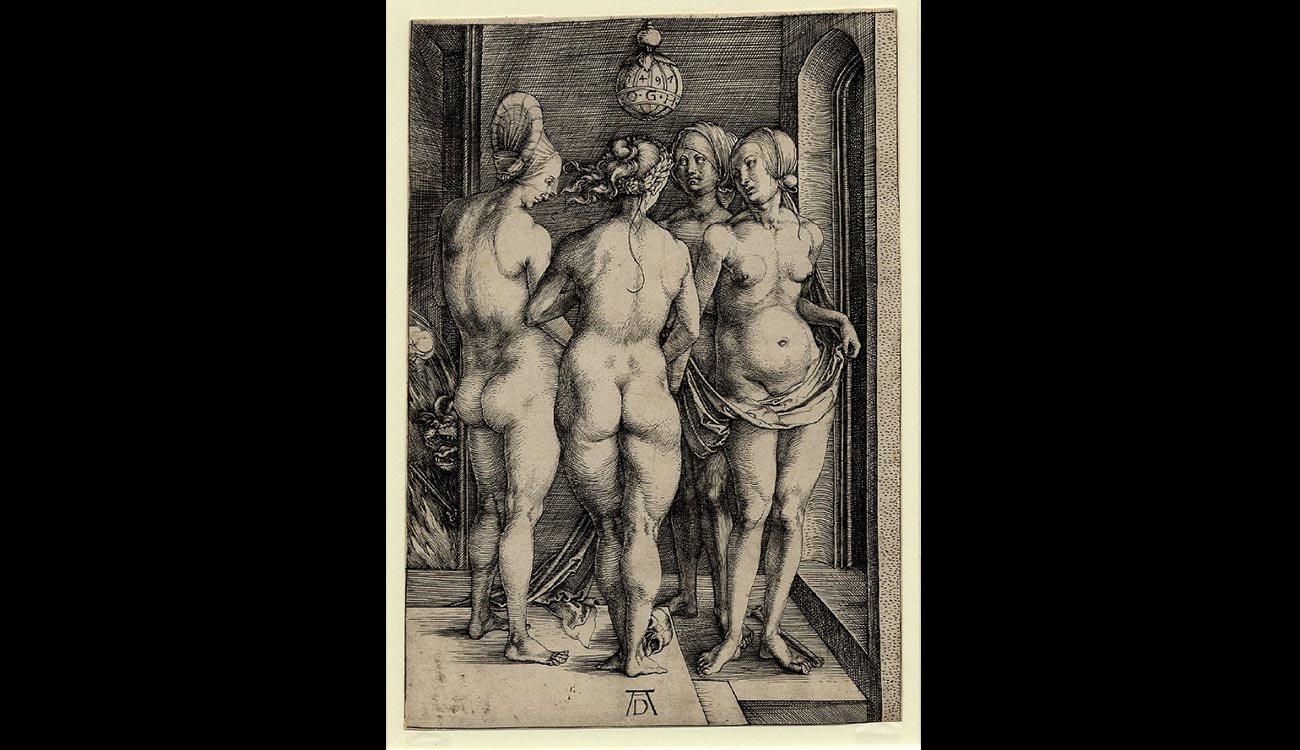 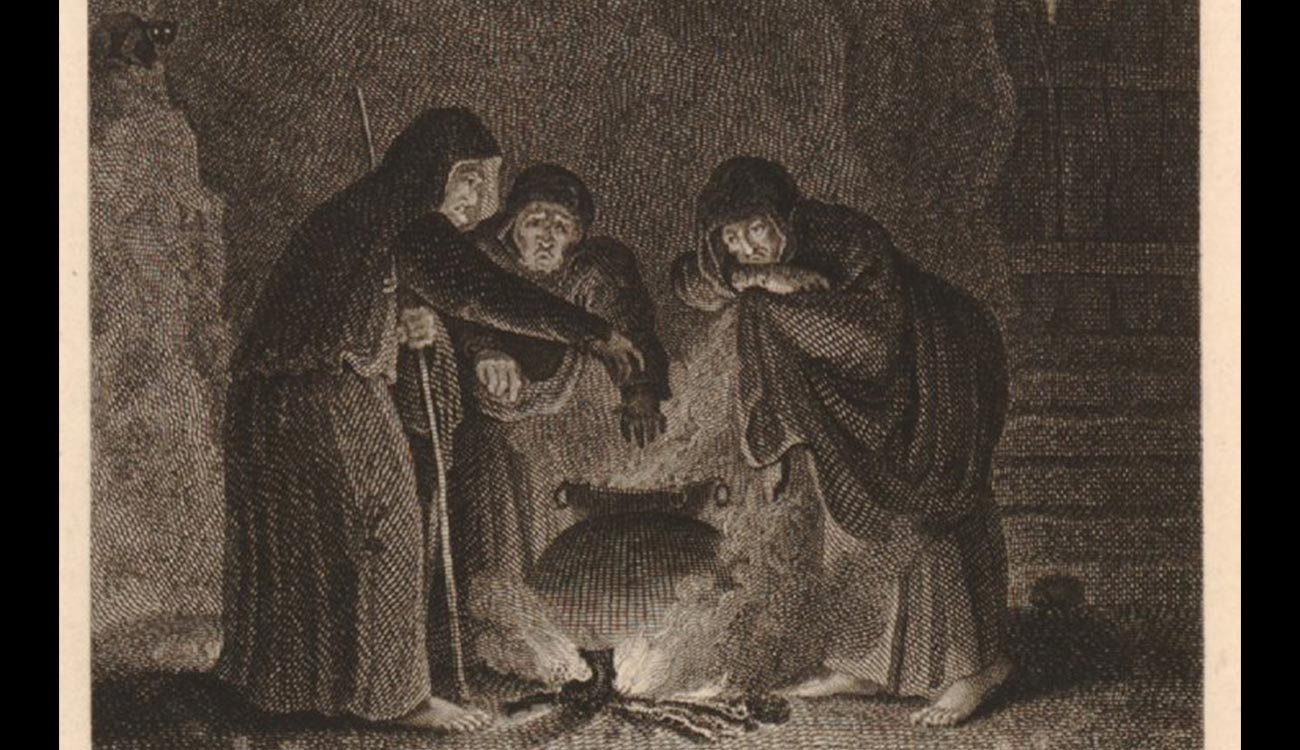 Witches have appeared throughout history, including in the Bible and in Greek mythology. The later medieval period and the early Renaissance saw a rise in the practice of Witchcraft and witchcraft as a crime, resulting in the stereotype in which the evils of society are projected as witches. The tumultuous 16th and 17th centuries in Europe saw witch-hunts come to a peak, and along with it the dissemination of related imagery through the recently invented printing press.  Modern witch imagery can be credited in part to two figures of this era:

German painter and printmaker, Albrecht Dürer (1471-1528), in a pair of hugely influential engravings, determined what would become the dual stereotype of a witch’s appearance. On the one hand, as in The Four Witches (1497), she could be young, with her physical charms capable of enthralling men. On the other, as in Witch Riding Backwards on a Goat (c. 1500), she could be old and hideous with wind blowing in her hair, carrying a broomstick.

William Shakespeare (1564-1616) drew on the popular witchcraft beliefs of his time and used them for his own purposes in writing. Perhaps the image that comes to most people’s mind when they think of witches is an old woman leaning over a cauldron reciting incantations as seen in Shakespeare’s play Macbeth. The witch’s song from Macbeth, which seems like made up words and phrases to our ears, are actually common plant names of the period in which Shakespeare was writing.

Five centuries later, witch imagery has changed little.  In the early 20th century (and before), molds such as this could be used to form ice cream, chocolate, candy, and butter into festive shapes. This mold, model #1153, was likely made by Schall & Co. in New York and is part of The Museum’s permanent collection. Notice the similarities between the mold witch’s haggard features, broomstick, and flowing hair and the image produced by Dürer some 517 years ago.

Try making your own witch-inspired snacks at home with these recipes: