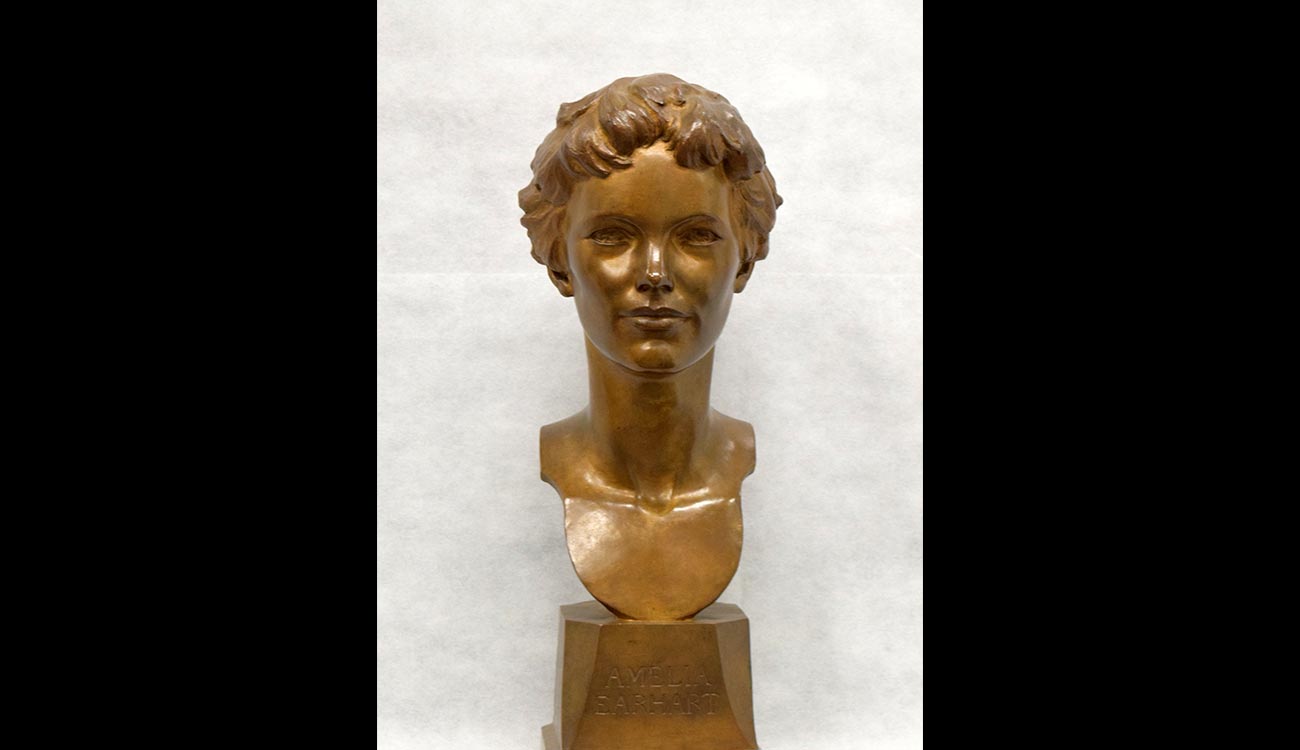 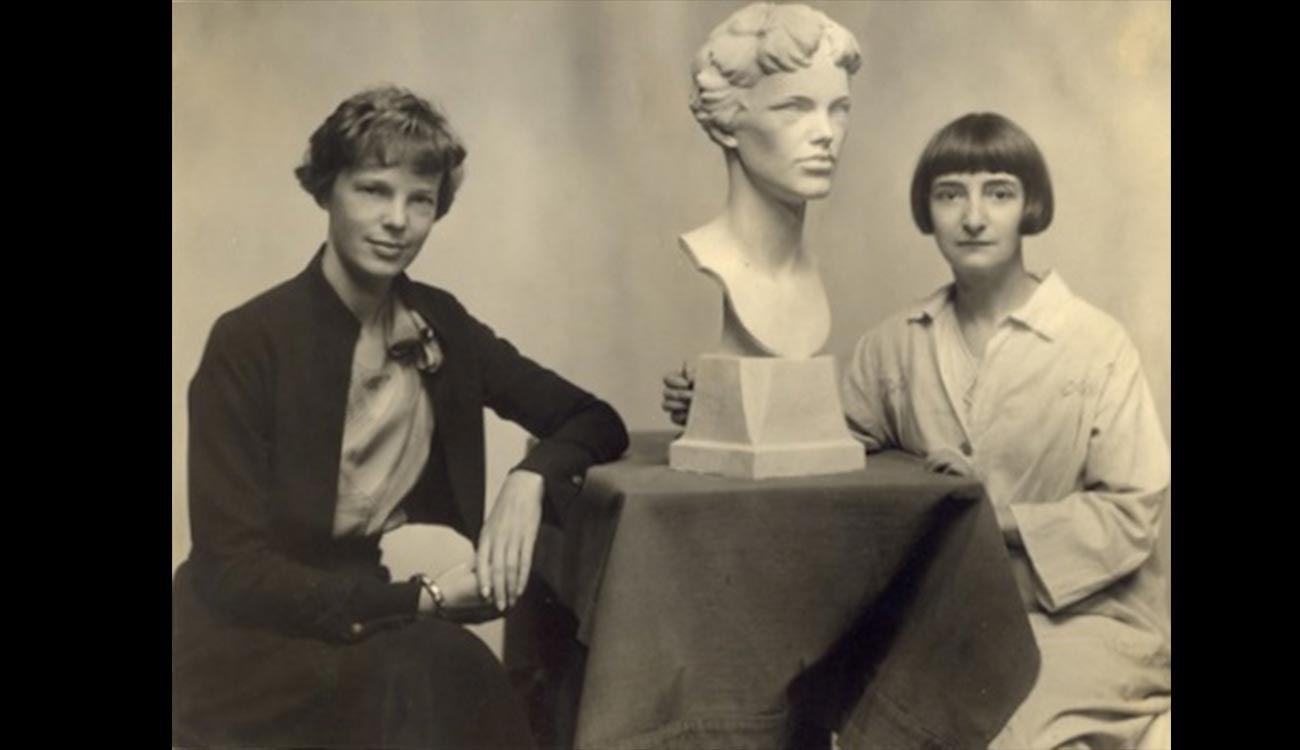 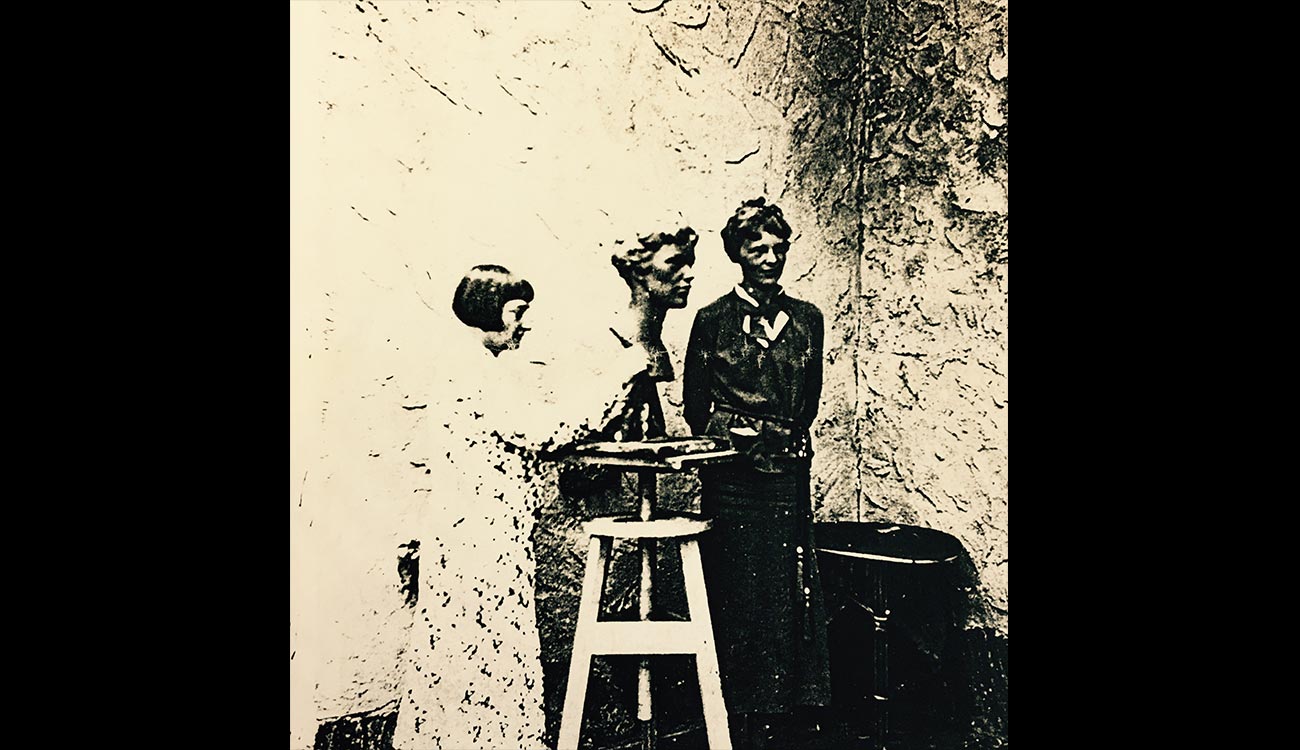 Breaking news has been reported by media outlets all over the globe this week about a newly discovered archival photograph which may show adventurer and aviation pioneer Amelia Earhart (b. 1897 –d.?). The recent find may help clear up an eighty-year-old mystery about her fate. Earhart’s whereabouts have been unknown since she vanished following her July 1937 flight over the Pacific Ocean. Whatever light the new research might shed on her fascinating story, we’d like to share a work of art from RPM’s permanent collection that features Earhart.

The bust of Amelia Earhart by Brenda Putnam (American, 1890 – 1975) was cast in 1932 by the Basky Foundry in New York and entered The Museum’s collection as a gift of the Neversink Delphian Society, a group that promoted the education of women. The bust is similar in composition to a work that Putnam completed in marble in 1933 now in the collection of the Syracuse University Art Collection. The artist was a cousin of Earhart’s husband, George Palmer Putnam and it seems that Earhart sat for Putnam’s bust of her around 1932. Later, in 1941, Putnam also created a medal with Earhart’s portrait as well.

The artist studied at the Boston Museum School and under sculptor James Earl Fraser (also represented in RPM’s collection); later, she continued her education at the Art Students League in New York and the Corcoran School of Art in Washington, DC. She exhibited and was awarded prizes for her work at the National Academy of Design in New York and the Pennsylvania Academy of the Fine Arts in Philadelphia. Her work, Sea Horse Sundial (1922) won her praise and awards; and collaborated on the Art Deco Puck Fountain (1930-32) for the West Garden of the Folger Shakespeare Library in Washington, DC. She published The Sculptors Way: A Guide to Modelling and Sculpture in 1939.