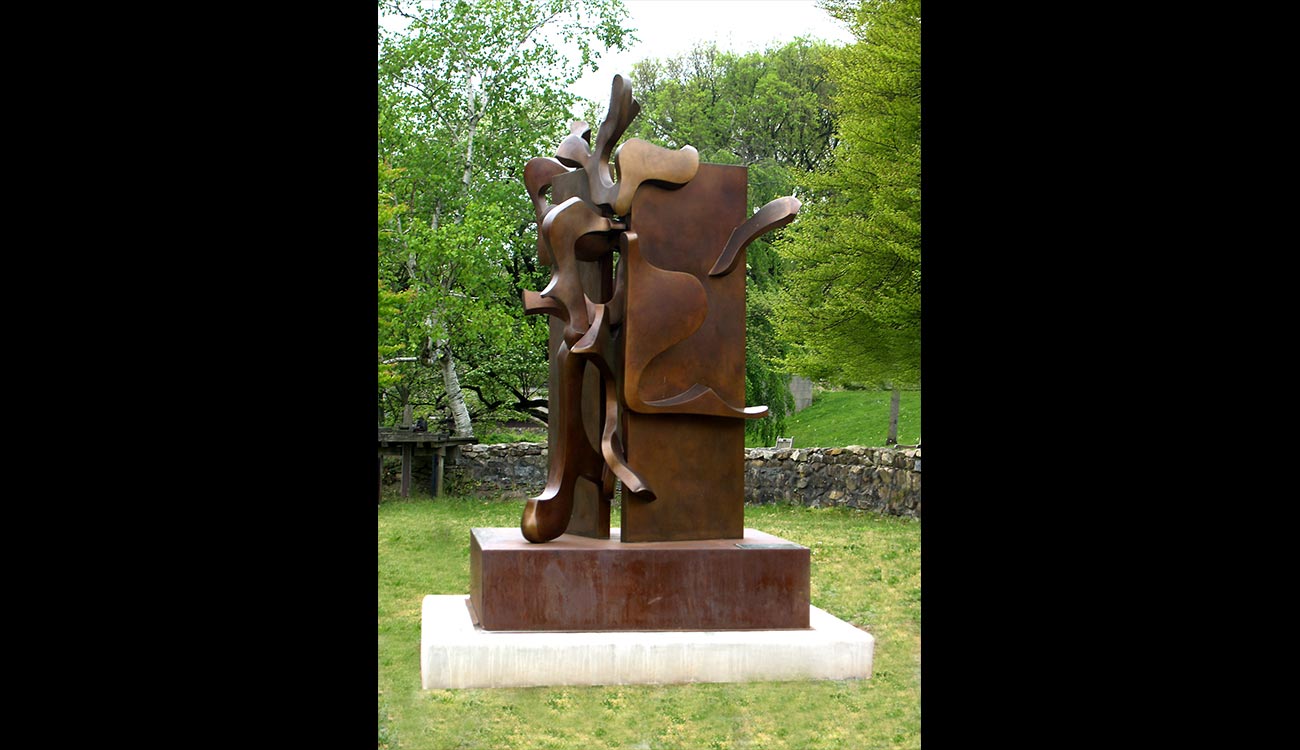 Bill Barrett is considered a central figure in the second-generation of American metal sculptors  and is internationally known for his abstract sculptures in steel, aluminum and bronze. His Worth Street studio is located only ten blocks from Ground Zero, in Tribeca, New York City. The full-size version of LEXEME IX, now on view in front of the Reading Public Museum, close to the Wyomissing Creek, was initially installed for a six month period in Tribeca's Finn Square Park in 2011 to commemorate the tenth anniversary of September 11, 2001.

In an interview Barrett said that he did not set out to make art about 9/11. Speaking about this work he says “I was devastated by it, but I wanted to keep working and creating,” He commented that only after he began incorporating a pair of pillars into his work did the symbolism occur to him. “These geometric shapes were a symbol of the buildings, the two slabs. It was all subconscious on my part. I did not do this thinking of the World Trade Center. I was doing it for aesthetic reasons. I could see what I was doing though, because I had started making these right after 9/11 occurred.” The abstract, swirling forms intertwined among slabs can be seen as symbolizing the fire and smoke seen on that fateful day.

The finished sculpture, which weighs nearly 600 pounds and stands 11 feet tall, is located in The Museum’s Arboretum.