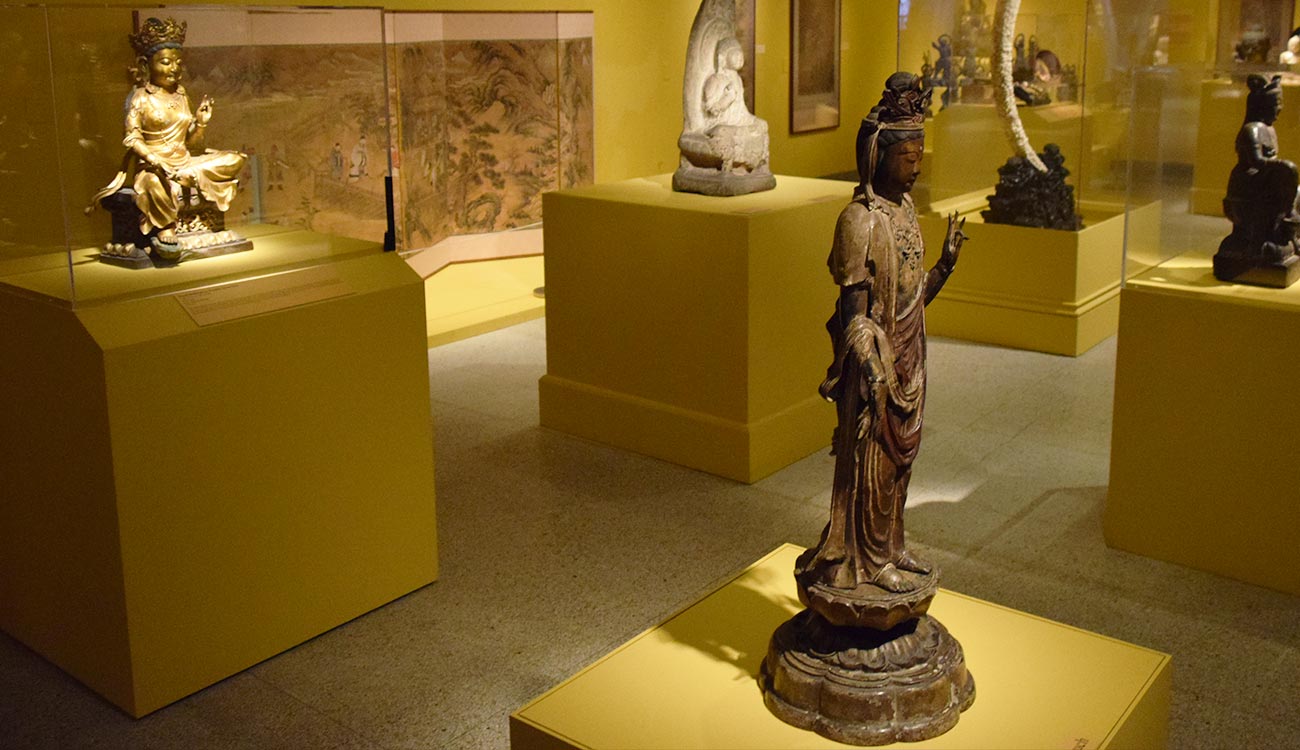 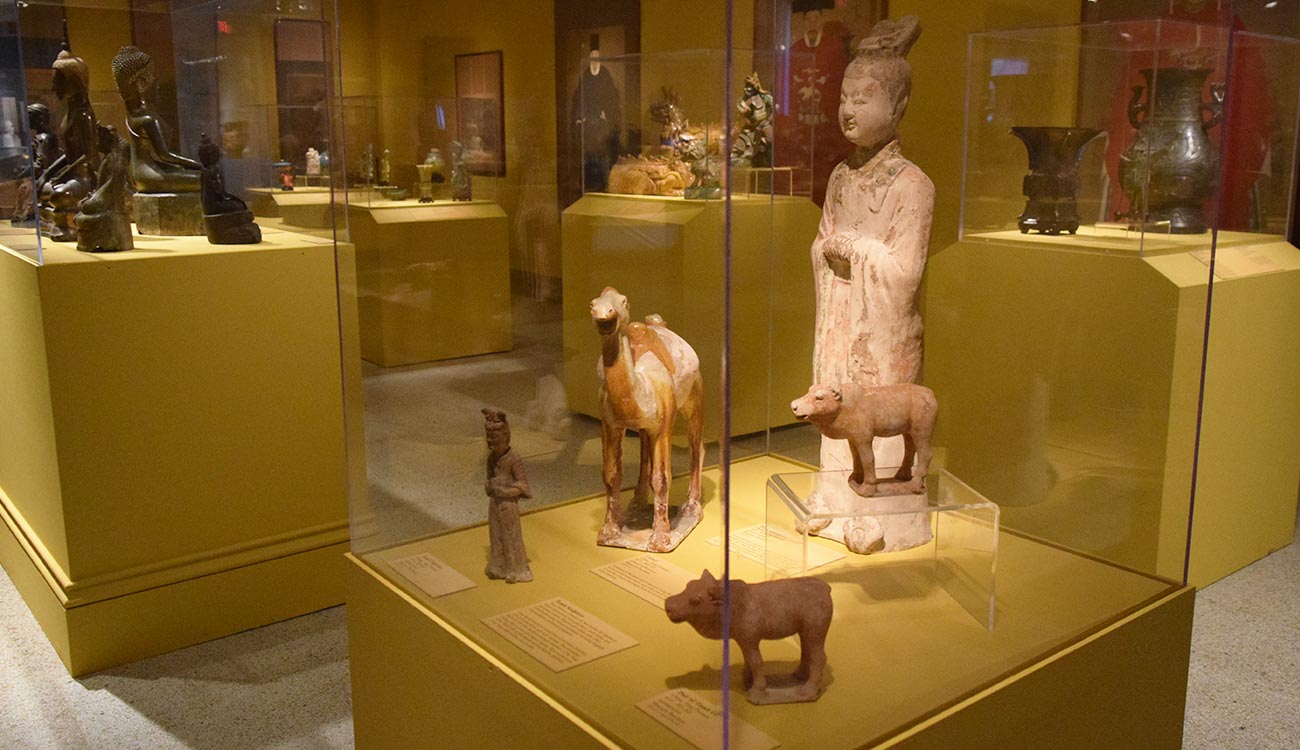 July 5, 2018 — The Reading Public Museum announces the re-installation of its World Cultures Gallery with a focus exhibition titled Passport to Asia: Works from the Collection. The newly installed gallery features nearly 100 works including paintings, sculptures, ritual objects, ceramics, manuscripts, carvings, metalwork, and decorative arts that entered The Museum’s collection as early as the 19-teens through as recently as the 2000s. Some works were purchased by The Museum while others came as gifts from Katharine and William A. Arnold, Susan Keim Montgomery, and Mrs. M. P. V. R. Biddle, among others.

Highlights of the selection, which spans more than 2,500 years, include: a group of twelve Japanese temple guardian figures from the sixteenth century, a rare ritual jade cup with poetic inscription from the reign of Emperor Qianlong (1711-1799), a group of Tang Dynasty tomb figures, a stunning standing Chinese bodhisattva Guanyin from the fourteenth century, a fine Japanese painting of Jizo Bosatsu on Lotus from the early fifteenth century, a bronze tripod ritual wine vessel (jue) from the twelfth century BC, and a group of elaborately carved Chinese rhinoceros horn libation cups.

Curator Scott Schweigert notes that “collecting Asian art has been part of The Museum’s practice from its earliest days. The works on view in Passport to Asia represent wonderful examples of the wide range of themes, materials, and historical periods from China, Japan, Thailand, and Tibet. We are proud to present these wonderful works of art to our audience in a way that we hope will be an enhanced experience—one that encourages both curiosity and careful looking.”

Many works have not been on public view recently, including a five-panel Japanese screen painting from the seventeenth century, a group of early Chinese paintings, and several illuminated nineteenth-century palm leaf manuscripts from Thailand.

ABOUT THE READING PUBLIC MUSEUM

The Reading Public Museum is supported in part by grants from the Pennsylvania Council on the Arts and is located at 500 Museum Road, Reading, Pa. Admission per day is: $10 adults (18-64), $6 children/seniors/college students (w/ID) and free to Members and children three years old and under. The Museum is open daily 11 a.m. to 5 p.m.  Web: www.readingpublicmuseum.org